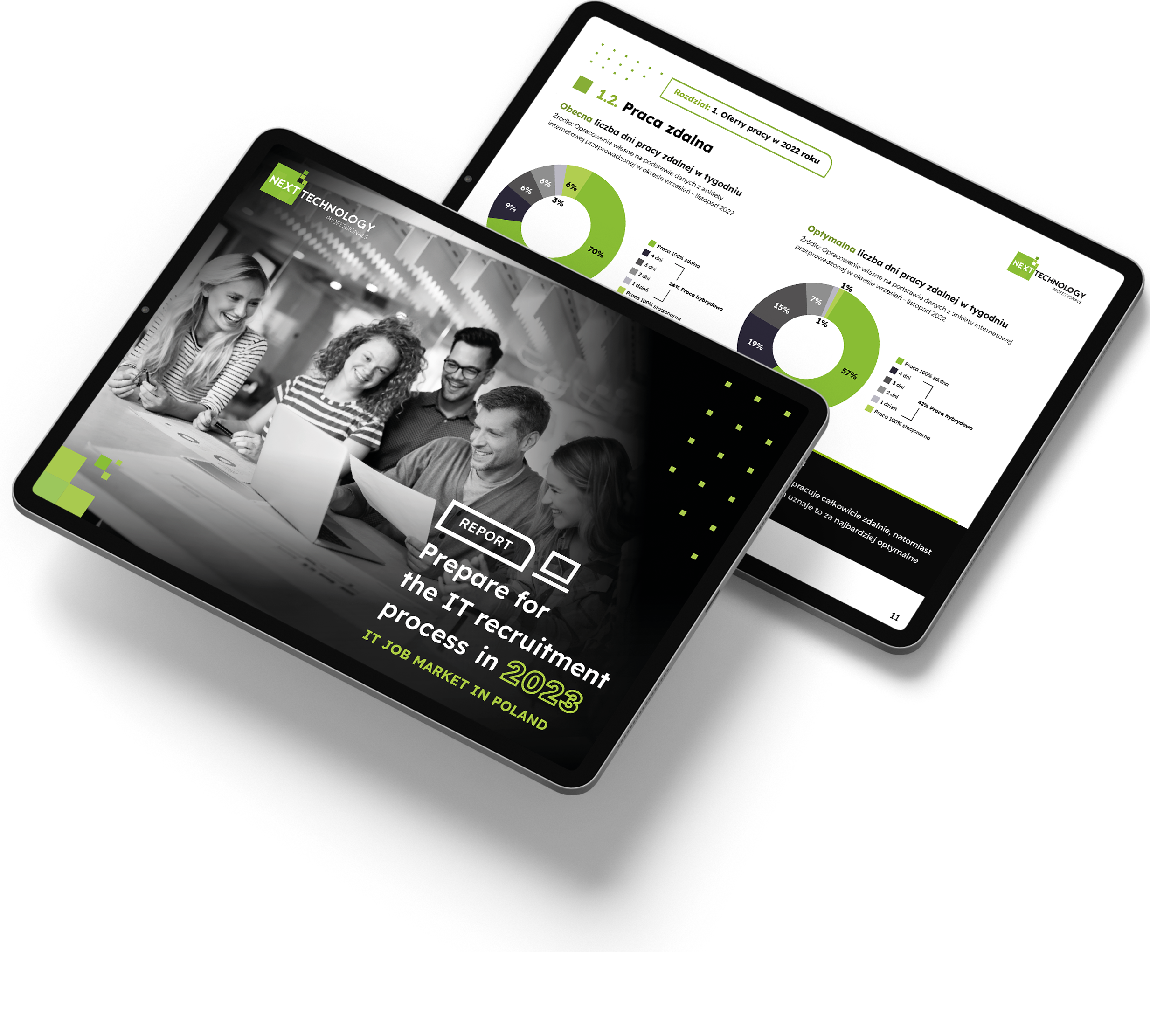 The digital world continues to evolve at a rapid paste, bringing both opportunities and new challenges to the IT workforce. Knowing that AI, automation, cloud computing and other innovations continue to transform the workplace across all industries and sectors, makes us certain that the speed of development is only likely to increase. Even by analyzing the recent space trip to Mars we can easily conclude that it would not have been possible without the work of skilled engineers and IT specialists. Each day, their collaborative efforts bring closer the vision of the futuristic world and leave many of us wondering: is it really possible that in a few decades we’ll be able to move to a planet located 54.6 million km away? Can space tourism become a reality? Is Elon Musk not just a crazy visionary in the end?

Well, we don’t know the exact answers, but these questions inspired us to write an article about the jobs of the future in the IT industry and how technology advances might impact this particular labor market.

According to International Data Corporation (IDC), worldwide IT spending reached $4.05 trillion in 2020, with 55.3 million full-time employees working in the ICT sector. 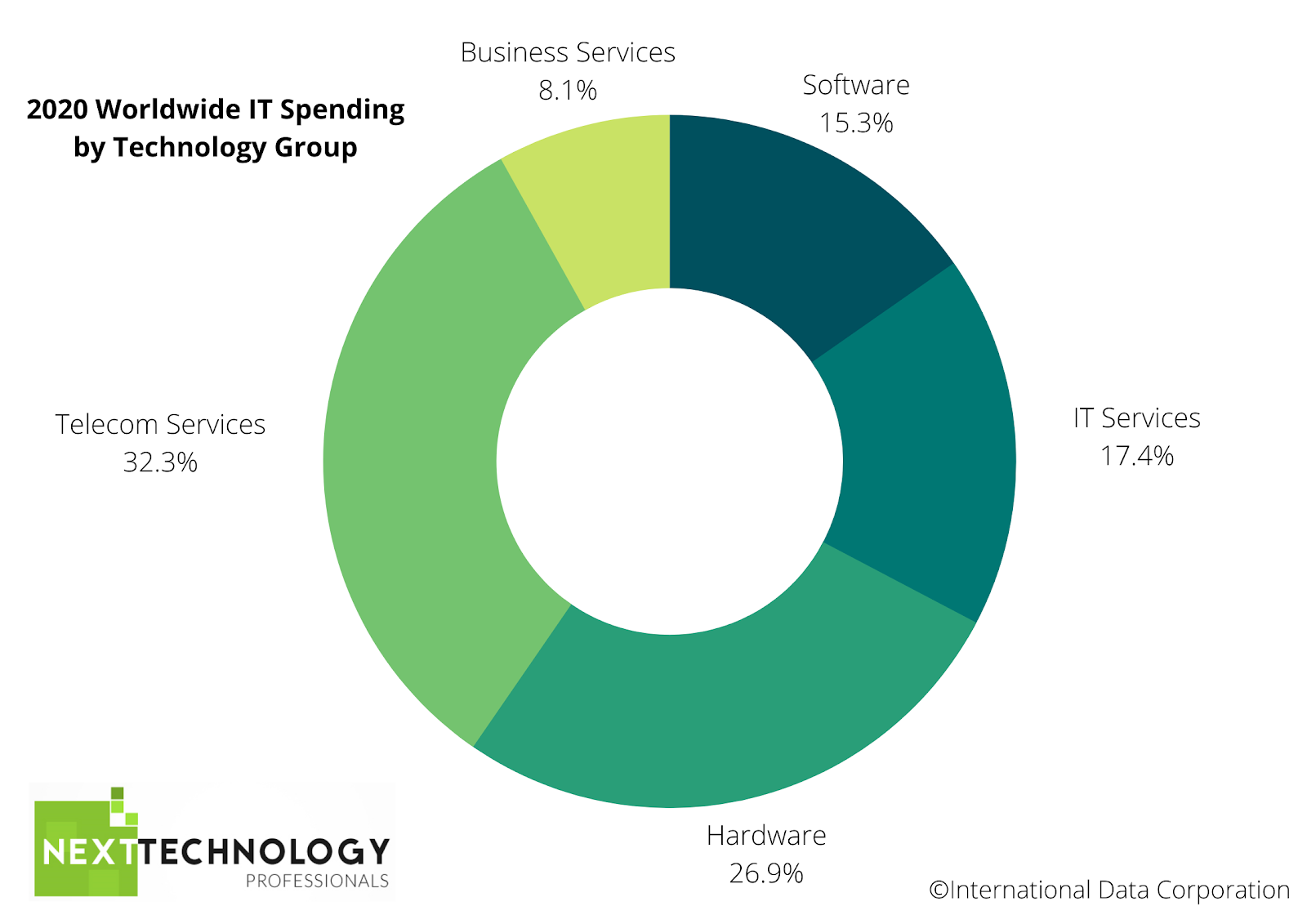 The U.S. Bureau of Labor Statistics states that employment in computer and information technology occupations is projected to grow 11% (equal to 531,200 new jobs) from 2019 to 2029.

The above numbers show the significance of IT professionals, who have become some of the most in-demand members of today’s labor force, as leading companies across industries continue to push for widespread adoptions of digital technologies.

AI and machine learning engineers are in high demand as the tech industry shifts its focus toward the emerging field of automation. Such specialists are engaged in a whole range of processes that include data preparation and manipulation. Thanks to them we might soon live amongst robots like C-3PO, who was fluent in over 6 million forms of communication – true “madness”, right?

Here are some of the responsibilities that the role of AI engineer involves:

AI products very often contribute to increased efficiency and cost optimization – two crucial elements for fulfilling the needs of the expanding human population. A research firm, MarketsandMarkets, predicts that by 2025 the AI market is expected to become a $190 billion industry.

The misconception of many people about data science very often boils down to using formulas in Excel (as you can see in the meme above), but data science is much more. It enables retailers to influence our purchasing habits, but it can also improve public health e.g through wearable tracking devices that motivate individuals to adopt healthier habits and can alert people to potentially critical health issues. Moreover, data can also improve diagnostic accuracy and accelerate finding cures for specific diseases.That’s why it’s important for many companies to have skilled experts, who can analyze large amounts of complex raw and processed information to find patterns that will benefit an organization and help drive strategic business decisions.

However, ethics is becoming an increasing challenge and data scientists notice the problem themselves. In the recent Netflix documentary “The Social Dilemma”, Cathy O’Neil mentioned:  “I like to say that algorithms are opinions embedded in code. And that algorithms are not objective. Algorithms are optimised to some definition of success. So if you can imagine, if a commercial enterprise builds an algorithm, to their definition of success, it’s a commercial interest. It’s usually profit.”. This quote shows how substantial the power that some of the data scientists hold is. Their responsibility will grow over the years, as more and more organizations and businesses increasingly rely on data-driven insights.

The number of job openings in data science is huge and shows no sign of slowing. QuantHub data shows that in 2020 there was a shortage of 250,000 people with data science skills. When combining that with a visible discrepancy between job postings and job searches, it’s evident that demand for data scientists outstrips supply. Employment of computer and information research scientists is projected to grow 15% from 2019 to 2029.

Speaking of data, it is crucial to mention professionals who are responsible for protecting it from breaches or intrusions. This is the role of security engineers who analyze computer networks, ensure they are running securely, and try to foresee possible security issues that could arise in the future.

Why is their expertise important? Very often it’s because we are unaware of potential threats that can happen when we don’t take care of data properly (just like the guy from the photo above). Beneath you will find 5 facts that put the issue in a wider context:

The demand for security engineers will keep on growing as more information is being stored in an online environment. At the moment the cybersecurity skills shortage results in 3.5 million unfilled positions globally.

Currently, there is a lot of talk about software developers, mainly because of the financial profits associated with this profession, but also of their important role in the tech industry. After all, our favorite applications did not come into existence by themselves, someone had to create them first! 🙂

Software development can be defined as “a process by which standalone or individual software is created using a specific programming language.” This process can be broken down into different steps – conceiving, specifying, designing, programming, documenting, testing, and bug fixing – and there are multiple approaches to software development that organize these steps.

While writing about software developers, it is worth mentioning what kind of programming languages (they serve as a set of instructions which direct computers how to behave and carry out tasks) are the most popular at the moment. According to a global survey of 57,378 software developers, JavaScript, HTML/CSS, SQL, Python, and Java made it to the top five most used languages.

Even though at the moment there are approx. 26,4 million software developers in the world and this number is expected to grow to 28.7 million in 2024, the demand for such experts will remain high, as the pace of digitalisation increases each day. To give an example, in the U.S., the demand for software developer roles such as web developers, full-stack developers, and cloud engineers grew nearly 25% from April – October 2019 to April – October 2020, according to the analysis by LinkedIn. And how will the job market for software developers look like in the future? The overall employment is projected to grow 22% from 2019 to 2029.

While the overall trends show that the 4 jobs described above will be popular in the labor market in the future, there are a few things to keep in mind. Not all components of IT sectors will increase, some IT roles will decline. For instance, the need for those who still know older programming languages such as COBOL and C is likely to fall steeply, as companies migrate legacy systems to the cloud, aided increasingly by automation and machine learning. Current specialists should then maintain a constant state of learning and self-improvement to remain competitive and employable. Additionally, the IT industry is very broad, so the fact that a given profession is not included in this article does not mean that it is not prospective. Lastly, the predictions are…only predictions, it is important to monitor the market and draw conclusions based on multiple sources.

If you are interested in future-related topics we encourage you to read our article “7 IT trends for 2021”!